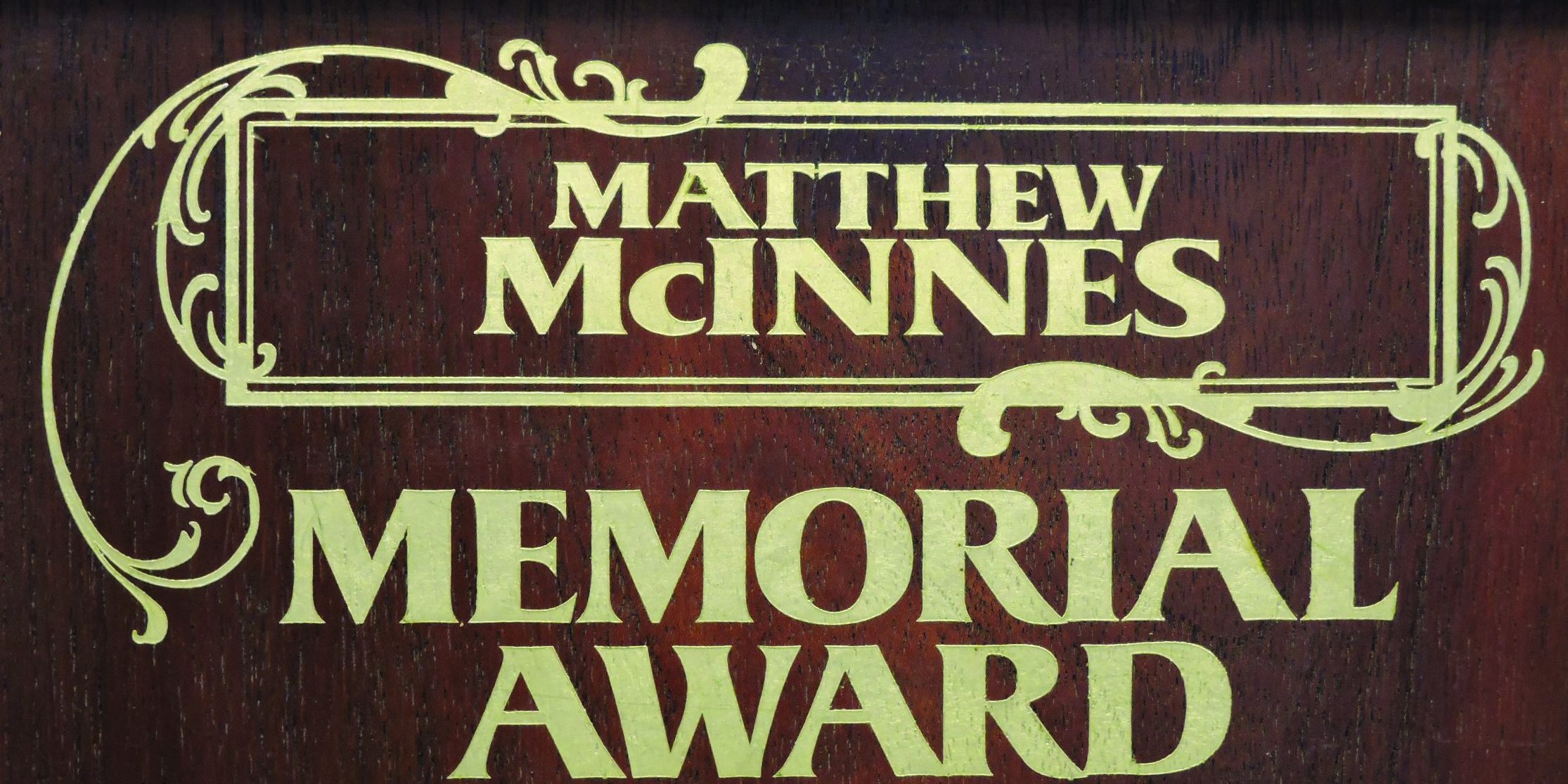 Each year since 1998 the Matthew McInnes Award has been presented during Synod to recognise outstanding service to youth of the Diocese of Wangaratta.

The recipient in that first year was Ria Voorhaar from Albury. Ria’s name and those of all recipients since are recorded on an honour board located on near the baptistry of Holy Trinity Cathedral.

The 2018 recipient was Georgia Lewis, whose nomination mentioned active participation in the Diocese of Wangaratta Social Justice Committee and service in the Cathedral Choir and other roles in liturgies.

The award has also been presented to groups, including, in 2011, to the Eldorado Homework Club, which continues to be operated by parishioners of St Jude’s Eldorado each week. School holiday activities are also arranged.

The Matthew McInnes Award was established by Fr Ray and Mrs Glenys McInnes to honour their son Matthew who died in a car accident not long before Fr Ray became Dean of the Cathedral following his years as Rector of Benalla. Matthew had been very active in youth ministry in the diocese.

Now is the time to consider possible persons or groups who might be nominated for this award in 2019 and to send your nomination to the Bishop by Friday 23 August.